4 Tips for Nailing a VO Audition 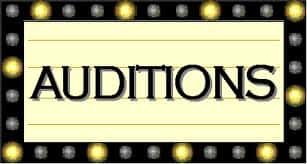 You may have a slick demo, an awesome website, and a few friends willing to write fake testimonials for you, but if you really want to be a successful VO artist, you need to become an audition master. Doesn’t matter if you’re a newbie chasing your first gig, or an industry veteran with a resume like a scroll, the only thing a producer cares about is the quality of your audition.

As the creative lead at a production studio that creates hundreds of commercials and marketing videos a year, I listen to a lot of voice over auditions. We get hundreds, if not thousands of VO submissions per project, and I’m one of the poor saps listening to every single one – headphones on, sipping a coffee, like an overworked detective on stakeout.

It’s a painstaking and exhausting process, for me and all the other people listening to auditions. That’s why, if you want to break through our collective haze and actually make an impression, there are a few things you should do. And not do. Here are the top four:

Don’t tell me what you’re about to do. (“I’m going to give you a nice, deep read.”) You’re not going to sing show tunes instead? Man, good to know.

Don’t tell me what this is for. (“This is for the 30 second razor spot titled ‘Every Day Shave’.”) I know that. I’m the one who asked you to do it, don’t you remember?

All you should do is state your name, then start reading the copy. That’s all we want to hear. It’s not that we don’t care about you or that we’re cold, lonely people with icicle-souls (I mean, we are, but that’s not really relevant here), we just don’t have the time. So instead of trying to show off your personal charm through an intro, pour that personality into the read itself. It’ll make for a better audition. A quicker one, too.

Look, I get it. The script you’re reading, it’s not that great. You could probably come up with something better yourself. In fact, if it were up to me, you and me would get together, crack a few beers, and collaborate on this thing like Scorsese and DiCaprio.

But that’s not the way this business works. We spent weeks writing this script with the client. Every single word passed through a buzz saw of lawyers and PR specialists, and even though it’s not perfect, it’s what received final approval from their CEO.

So please, don’t ad-lib unless the instructions clearly state otherwise. Don’t say “car” instead of “vehicle” because it sounds more ‘you’. You don’t know this, but we had a 45-minute conference call with the client last week about that very word. 45 minutes. And you know what?

Every time we post an audition, we include a brief description of what we’re looking for – conversational but professional; energetic with a comedic flair; dark and brooding. We do this because we need the VO to achieve certain things – for the message and the mood. But without fail, we get auditions that go in the complete opposite direction. If we want serious, they give us Sesame Street. If we want playful, they give us The Shining.

I know what they’re thinking. Everybody’s going to do the read the way we asked for it. The only way to stand out is to do something unexpected.

But here’s the thing. Standing out isn’t the only objective. The main goal is to give the producer what they want in the most compelling way possible. You can and should make bold creative decisions with your read, as long as it gets the piece to where it needs to go. And if you want to get crazy, throw an extra take on at the end. If your first take is good enough, we’ll listen.

This one always confuses me. Do you have a home studio but choose not to use it? Does your window not close? Can you not hear that dog barking at the door?

Poor sound – whether it’s due to low-quality technology, background noise, or just a mouthy read – will get an audition skipped before it starts, every single time. The reason is simple: you may have a great voice, but if you can’t deliver a high quality file for an audition, why should I trust that you can deliver one for the actual commercial? We can do a lot in post-production, but we can’t remove the sound of your neighbors arguing through the wall. By the way, I think they’re breaking up.

These tips might seem simple, but you’d be surprised how many auditions ignore one or all of these. The good news is: you won’t be one of them! Which means you’ll have a major leg up on all those who take 30 seconds to introduce themselves before ad-libbing the script in the opposite tone we were looking for while an elephant herd stampedes through the background.

So take this information, go forth, and start nailing those auditions already!

Brendan Carty is the head writer and creative lead at Thinkmojo and a contributing writer at Such A Voice. His work has appeared on TV screens, computer screens, phones, and tablets. And bus stops.