This month’s Talent Spotlight is George Watson! George began his voice-over training with us last year after attending one of our in-person voice-over classes. Since then, he has completed his demo with our demo production team and has been auditioning for some voice-over roles. What has George voiced so far? Read his full interview below to learn more about his voice-over projects, his time here at Such A Voice, and what projects he hopes to do in the near future. 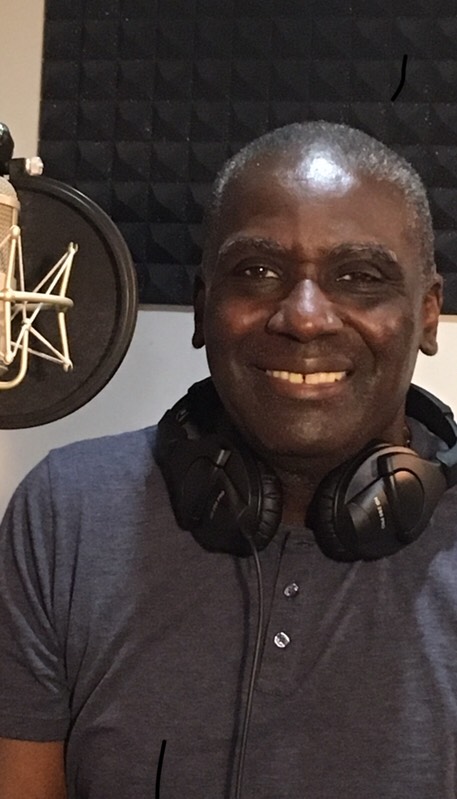 SAV: Hi George, we’re happy to hear about your recent VO successes. Tell us what inspired you to pursue a career in voice-over.

Watson: A few years back, I received an email from a voice-over training company and although interested (I was always told that I had a nice sounding voice), I didn’t follow up because of time constraints. Last April, I received a similar email and this time around, the timing was perfect as I was coming to the end of my working career. I attended a live class  hosted by Such A Voice President Dan Levine, caught the voice-over bug, and the rest is history.

SAV: What was the most valuable piece of advice you received from a SAV staff member?

Watson: I learned so much along the way from special people like Joleene Derks, Heather Costa, Ben Marney, Steve Wahlberg, and a host of others. However the most valuable piece of advice came from my voice-over coach. His exact words were “Focus on bringing the truth. Just keep it clean and clear so the world understands it.” Those are words that are etched in my brain and in my heart.

SAV: Do you have a niche within this industry?

Watson: I’m still early in my career but I’m attracted to internet videos as well as radio and television commercials. I got bit by the internet video bug when my voice-over for the athletic nutrition drink, Swolverine, was chosen to air on YouTube.

SAV: What was your favorite part about recording your demo?

Watson: My favorite part about recording my demo was working with a demo producer and sound engineer and seeing how they worked as one to bring out the best in me. I am forever grateful. Thank you Angela Castonguay and Steve Wahlberg. You can find my commercial demo here.

SAV: Since recording your demo, what VO projects have you done?

Watson: I started auditioning in the later part of March 2018. I have completed the earlier mentioned Swolverine ad for YouTube and a voice-over for National Law Enforcement Museum, which will be opening in October 2018. The museum will showcase famous law enforcers from early times to the present. I did the voice of Bass Reeves. Bass Reeves was the first African American U.S Marshall who patrolled the Mississippi Delta in the mid 1800’s and was responsible for arresting over 3,000 felons. My script was to voice an elderly Bass giving an account of an arrest he had made earlier in his career.

SAV: What kind of voice-over projects are you hoping to do soon?

training in animation and video game voice-overs so that I can become more marketable. I possibly just bombed one television project because I won the audition but I did not have all of the listed requirements. Always be sure to look into what’s needed with equipment, deadlines, and session dates before submitting!

SAV:  What do you love the most about being a voice actor?

To stay up-to-date with the latest happenings in George’s voice-over career, check out his website!

As always, we love hearing the positive experiences that our students have had with our voice-over training program. Join the conversation and share your story with us!