This week, we’re proud to share with you four Such A Voice alumni who are also Such A Voice staff members! These VO talents all graduated from our programs and are now sharing their success, knowledge, and passion of the voice-over industry as members of the Such A Voice team. Check out their exciting stories below!

When I was a young child, I wanted to be Ariel in The Little Mermaid. With dreams of being a Disney princess, I submersed myself in acting and all things music. In 2003, after studying opera, I earned a Bachelor’s in Vocal Performance from the Hartt School of Music. A year after I graduated, I began learning about the voice-over industry and took my first ever voice-over class. That class was with Dan Levine at Such A Voice. From that moment on, my life was never the same. I had never been happier. I finally found my true passion.

After successfully working in the voice-over industry, thanks in large part to the training I received at SAV, I was invited to return to Such A Voice as an instructor in 2005. Having started my college journey as a Music Education major, before transferring into Vocal Performance, the chance to teach something I absolutely loved was beyond exciting.

Over the years, I have worn many hats at Such A Voice. I’ve had the privilege of teaching, coaching, producing, doing post-production, and working on the administrative side. Today, 13 years later, I’m proud to say that I’m Such A Voice’s Chief Fulfillment & Content Officer, one of the four members of SAV’s leadership team. It is such an honor to share my voice-over industry experience and knowledge as the base of Such A Voice’s current curriculum and to have such a prominent part, alongside the amazing SAV team, in shaping up-and-coming voice-over actors.

As a voice-over actor, you can hear me nationally on the radio and television for many top brands including McDonalds, Subway, Herbal Essence, and Today’s Parent. I’ve lent my voice to video games with Square Enix, promos nationally and abroad, and narrations for many corporations such as Lowes and Finish Line. I have also recorded over a dozen audiobooks and the most exciting moment of my career thus far, has been when I became a lead character in an animated Disney series!

I had spent my entire life living in the northeastern United States and almost half of that, working in the voice-over industry. In January 2017, my incredibly supportive husband, our two young boys, and I did the scariest yet most exciting thing of our lives. We moved from New York to Los Angeles for my voice-over career and it’s been amazing.

The little girl who dreamed of being Ariel, who began as a Such A Voice student in 2004, is now a Los Angeles based SAG-AFTRA voice-over artist and audiobook narrator, represented by one of the top LA agents with thousands of VO credits to date and even bigger dreams that she’ll never stop chasing. 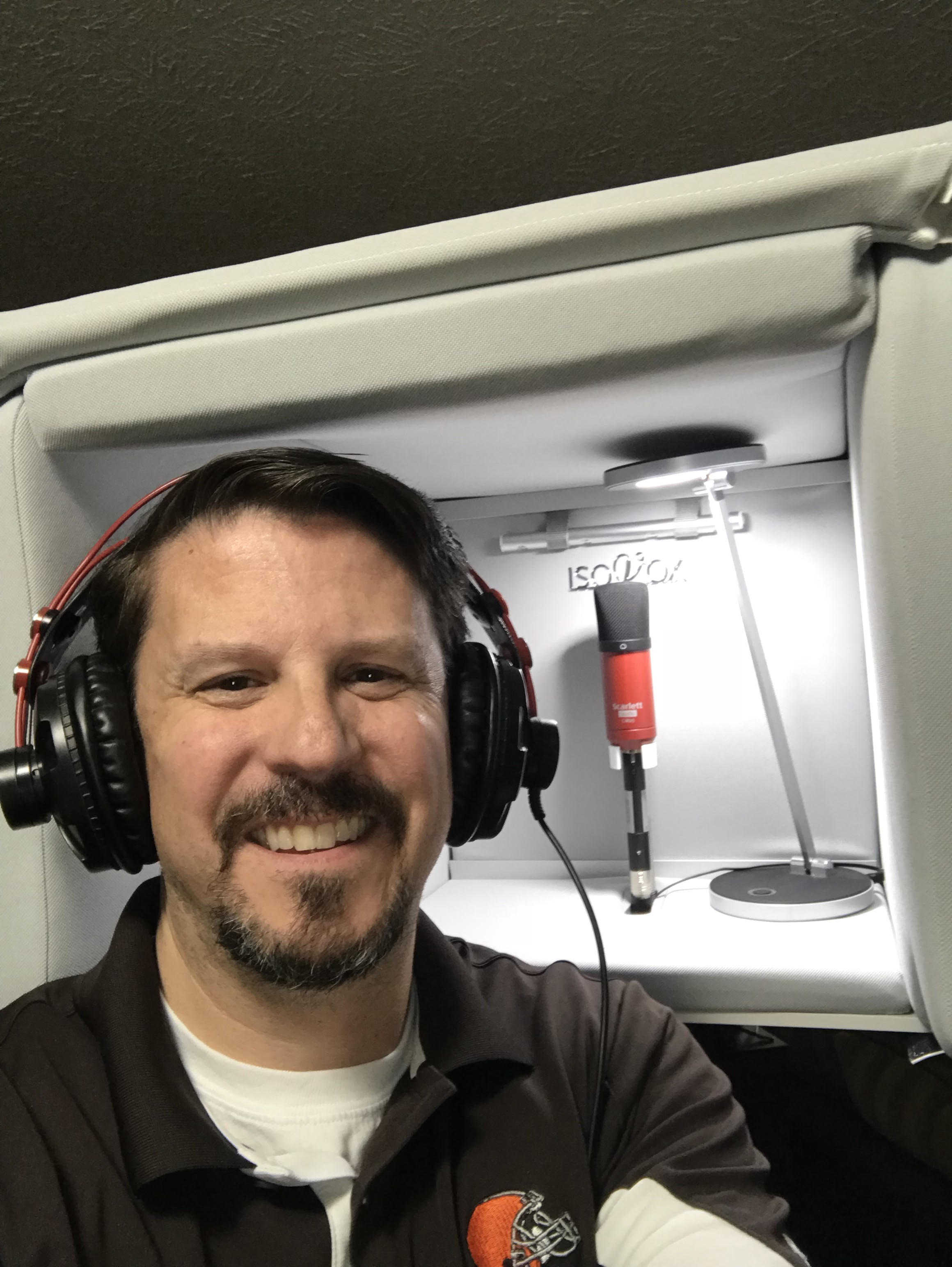 So, how does someone get started in the voice-over industry? I used to wonder that myself. My story began in college, where I studied Communications and wanted to be a DJ. I loved music and the concept of bringing it to people on a regular basis.

I did two years of college radio and that did it for me. So you’d think this would be one of those happy ending stories where I go right into a highly successful radio career, right? Sadly, no.

Years later, I learned that I had another talent, training people professionally. It was actually this path that led me back to wanting to do something professionally with my voice.

I submitted an audition to Such a Voice a few years ago and then again in 2015. Content with the feedback that I received, I signed up and completed my voice-over training with them that same year. I have been steadily establishing my career and brand in the years since. I have auditioned several hundred times for commercial voice-over gigs, but my real success has been with audiobooks.

I have narrated and produced over 50 books and have active projects going on as I write this. I find books really fit my strength, which is narration. I love doing different types of books (fiction, non-fiction, self-help, and more recently, history) and I love really getting involved with them. In the interim, I continue to do auditions and other professional projects. As a trainer, I have completed online videos, software simulations, and presentations.

Such a Voice believes in developing its alumni. When they approached me 18 months ago to become a coach, I jumped at it. Coaching allows me to stay connected to this industry that I’ve grown to love and appreciate. It also allows me to teach and help others discover their own talent and start their careers. Take it from me, there is a niche for everyone. As you read this, I wish you much success in your own voice-over career! May it be as fun and rewarding as it has been for me! 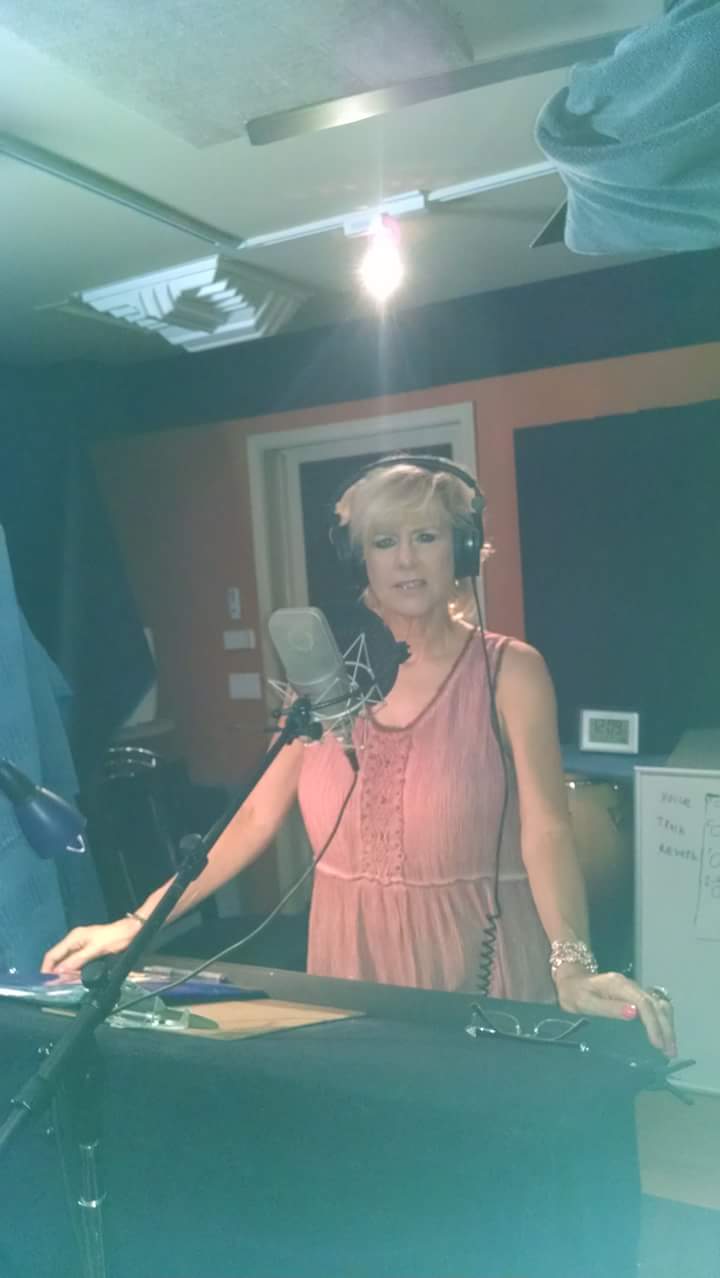 May 2016 was a memorable month for me, both personally and professionally. It’s when I began working as a voice-over technique coach for Such a Voice and when I reached a whole new level of creative fulfillment.

I had been working as a professional stage actress, singer, theatre reviewer, and voice-over artist, and had been occasionally teaching acting classes for years, but often had to supplement my income with what I call “job” jobs – temporary office gigs, etc. It was frustrating and deflated my ego. When I was offered the coaching position with Such A Voice, all that changed.

I finally had a steady source of income that allowed me to use virtually ALL of my talents: teaching, public speaking, acting, voice-over technique, and even a bit of writing. Not only do I get to experience the joy and satisfaction of helping students develop their own voice-over skills on a daily basis, but I also know I have become a much better voice-over artist myself in the process. I have learned so much from my students. They’ve taught me to listen more, to understand how each individual learns differently, to help them overcome fears and emotional blocks, and how important it is to maintain a sense of humor through it all!

Everything I do now professionally involves using my voice, which might seem surprising since I did not speak at all until the age of two. Voices have always intrigued me. My mother was a singer and a teacher, and always stressed the importance of articulation and the correct use of the English language. I began acting and singing as a kid, and it all just evolved from there.

I was a Vocal Music major in college, did a few spots for a friend at a local radio station, got my voice-over training and demos through Such A Voice President, Dan Levine, in the late 90s back in Washington, D.C., and the rest is history.

I have done hundreds of voice-overs since then, many during my 13-year tenure as a news anchor at KNWZ, a local station in Palm Springs, where I currently live.

I am so grateful and proud to be a member of the Such A Voice coaching team. It’s been a wonderful ride, which I hope continues for many years to come! 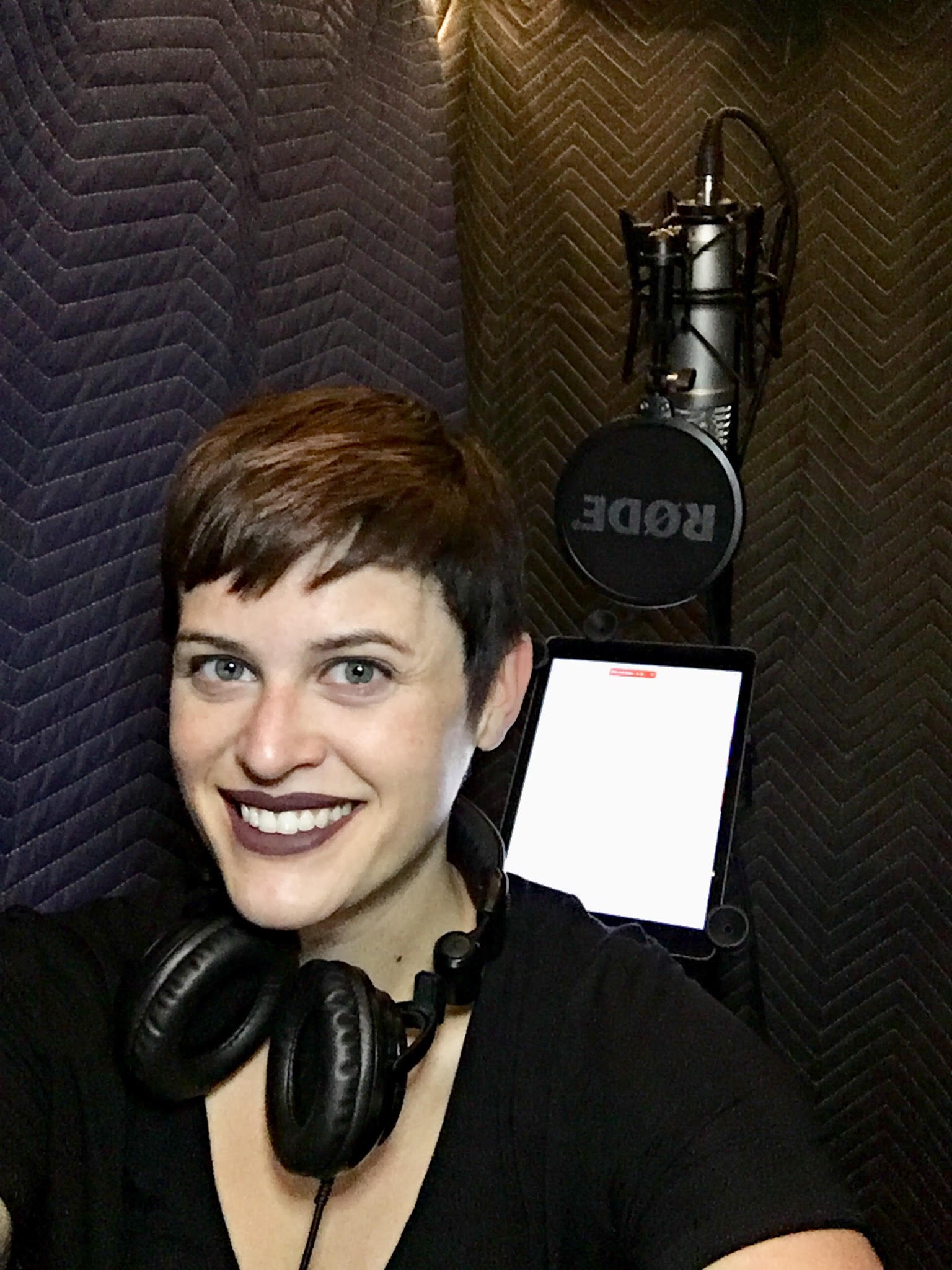 My journey with Such A Voice began in 2014. I was working at a job that was soul-sucking and personal life circumstances had me searching for a change. Like so many of us who get into the voice-over world, I had been told that I had a nice voice. Voice-over sat in the back of my brain for a long time and, all of a sudden, it was asking to come forward. But as with any new endeavor, there were so many questions. I turned to Google. “How do you become a voice-over artist?” I asked Google. “Well, check out this nifty company!” Google said. That’s how I found Such A Voice.

I jumped into the VIP program with my lovely coach, Bill Sleeper. After my commercial and narration demos were complete, he suggested I look into audiobook narration. “Reading a book out loud? How hard can that be?” I thought.

I completed my audiobook demo with another talented and amazing coach, Michael Yurchak. I received excellent guidance from marketing guru, Joleene Derks, and I was ready to build my voice-over business.

It was slow going at first. I would go to my full-time job during the day, then spend many evenings and weekends in my home studio. I built momentum for a couple of years. Two and a half years ago, my partner, Jake, encouraged me to quit my full-time job and dedicate myself to my growing voice-over business. I was terrified, but excited. The first year was… rough. The second year I could breathe. And now, in the third year, I’m excited to say I’m flourishing.

In almost five years as a voice-over artist, I’ve completed over 70 audiobooks, a couple dozen explainer videos, several corporate and e-learning projects, as well as some TV and radio commercial work. Soon, I’ll be back to coaching sessions with Michael Yurchak to prepare for my animation demo! I love coaching for Such A Voice because I’ve been there and I get to share my experience with my new students.

There is nothing more rewarding than to see the success of your students, and to be so proud of their achievements, that you welcome them back as staff. Such A Voice wouldn’t be who we are today without the passion, dedication, and joy that people like Heather, Mike, Bonnie and Tia bring to this company along with all the other amazing members of the SAV team. We are thrilled to be a part of their journey and know that we’re continuing to make a difference in many careers today!

See what our other employees have to say about their experience working at Such A Voice. We also love hearing your experiences with our voice-over training program, so join in all the conversations on our Facebook page to share your story!