Avoiding the Trap of “Needing” an Agent

One of my absolute favorite TV shows to watch, crass and immature as it may be, is “South Park.” Admittedly it may not be quite as good now as some earlier seasons, but I still find it to be hilarious. Early on in the show’s running, there was an episode where one of the schoolboys, Token, gets paid $100 for performing a song at a local beauty pageant. The main characters decide that they want a cut and so they create their own talent agency and eventually manage to win him over as a client. A quick recap of the episode (spoiler alert!): Token hustles to find his own new work, manages to get a gig, gets poached by another agency right as the boys are about to get paid, is promptly whisked off to LA, and the next time he’s seen is at the end of the episode where he’s waiting tables to earn bus fare back home to Colorado. When asked why he’s not rich and famous by that point, he simply responds “Well as it turns out, agents don’t really do that much for you.” 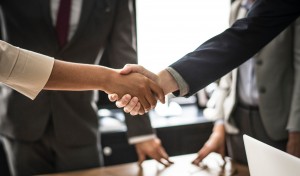 is,“How do I secure agency representation?” They ask as if it’s the only conceivable way in their mind of getting work.

And therein lies the issue: there is a pervasive idea that you absolutely need an agent to be successful. However, there are many voice talents who aren’t represented by an agent and still find success in voice-over. The truth is that getting an agent shouldn’t be something to jump into immediately. The ideal candidate for an agent is someone who has a solid track record of work, has gone through professional coaching, actively continues their education and networking in the industry, and is confident in their own skills and abilities. When you’re ready to pursue the agent route, be sure that you have a standout résumé. Remain confident, and don’t sell yourself short! Any business relationship should be beneficial to both parties.

All that having been said, there is no quick or easy substitute for hard work. The only way you’ll succeed is by networking, marketing yourself, auditioning like crazy, and putting yourself out there as much as you can. An agent is not a cure-all fix to ensure a successful voice-over career. Although agents are a wonderful addition to your business, it’s just one tool in your toolbox.

This is not to knock the idea of striving to obtain an agent. There are a lot of good things agents can do for you. For starters, there is an incredible amount of pride and satisfaction that comes from being able to say, “I have an agent.” It’s definitely a nice confidence boost, to say the least. Beyond that simple bit, agents open doors otherwise closed to you. My agent (yes I have one and she’s awesome) has brought me auditions for major brand names that run over $10,000 for a two-year buyout. Sadly I didn’t get them, but my point is that a job like that will very rarely make its way onto one of the P2P sites like Voices.com or Voices123.

Agents also have connections to local places you may have a harder time getting into on your own, most notably local casting agencies in their area. Plus, agents build relationships with casting directors and businesses, so when clients are booking talent, they may go directly to the agent or casting agency and not seek submissions elsewhere. Finally, your résumé certainly looks a heck of a lot better when submitting it for a job or contacting new clients than it would if you didn’t have representation.

If you really want an agent, then you need to be careful and do your homework. Just like in almost any industry, there are business’ and individuals who act unethically and will take advantage of the ignorance of inexperienced talent. Remember, there are many other ways in which you can get your work heard by clients without having any agent, and if something doesn’t feel right you can, and probably should, walk away.

There are plenty of ethical agents all across the country who will take good care of you. But, ultimately you don’t need one to be successful. So avoid that trap of a mindset and know that it all comes down to you.