I started imitating voices and songs at the age of six when I saw the movie Annie and my family discovered that I could sing a song after hearing it once. I had a gift. I just didn’t know until today that it would lead me here: A full-time voice actress and voice-over coach.

Each person has a unique journey that leads them down different paths, which lead to new experiences and inspire new ideas; no two journeys can ever be exactly the same.

The entertainment industry is a vast, ever-changing network of individuals and business entities that is as widespread as the earth itself (And now beyond! woohoo!). It is full of opportunities, and I chose to explore as many avenues as I could and was a sponge for knowledge along the way. I have been an actress, singer, production crew, producer, movie extra, writer… and so many more odd jobs to support myself. 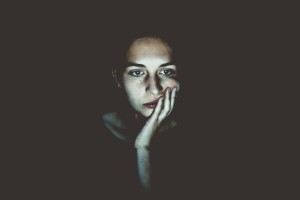 I also wrote everything down after getting into the habit of it, making sure the whole time I was really learning each of these skills to “get so good they can’t ignore me” and fill my tool belt with more skills than anyone else. It wasn’t always fun…okay, there were moments where I cried. #truth

Four years ago I fell in love with voice-over and everything about it. I said, out loud, “I want to do this for the rest of my life” during a class and I meant it. So I followed the advice of all of my teachers, mentors, and friends. I surrounded my life with all things voice-over for the next four years. Every day. Every night.

As of January 2019, I no longer have to work my job waiting tables or worry where rent will come from.

And it’s all because I WORKED MY BUTT OFF. I have never worked so hard in my life. I deserve this, right?? Soooo…

Why am I, today, still having those stressed out feelings when my life just became so much easier and I no longer need to carry THAT level of stress?

Why am I having random feelings of guilt for my own success, like I don’t deserve it?

I also get these random bursts of excitement and have to quietly humble myself. “Ahhh!!! It’s too much excitement! Calm down Jes!” It’s time to let the happiness settle in and know, “Every Little Thing is Gonna Be Alright”. Thanks, Bob Marley, I owe ya one.

My advice for anyone who reads this is this:

When you find something healthy in this world that you LOVE TO DO… don’t let anything stand in your way from being that sponge: “Get so good they can’t ignore you”.

Volunteer for future voice-over events that you can’t afford. Find a way to surround yourself with us like-minded, sometimes crazy, and super fun voice-over people. Take from different teachers, get involved online with all the social media voice-over groups, go to Comic-Cons and advertising conventions; “Get up, Dress up, Show up” like you never have before.

Why? Because it worked for me and has worked for many others. The guilt and PTSD from the restaurant world and stress I feel is almost entirely gone. I’m “letting it go”  by showing appreciation to all who have helped me along the way. Now it’s time to relax and enjoy my new life full of what I love to do.

So get to work, starting today. It’s 100% up to you, and what you’re willing to compromise and sacrifice. Let go of unhealthy habits, be a nice person who is easy to work with, and show up prepared. It happened for me, and it can happen for you.


Jessi Keenan has been in the entertainment industry for over 25 years, starting at the age of six as a singer. Credits range from  Ed McMahon’s “Star Search” at age 12, to becoming a Disney World singing princess (The Little Mermaid), to singing for Presidential events, and singing the National Anthem at Major League baseball stadiums across the country. All this lead to more gigs working in television and film as an actress, vocal coach and now voice-over instructor. She is currently using her acting and singing talents in combination. Based in Los Angeles (her home away from Iowa), Jessi is deeply involved with the voice-over industry on a daily basis!