After completing our voice-over training program, Dave McClain recorded his demo reel with Such A Voice back in November, and has been rolling along with his VO career ever since. Dave is a multi-disciplinary artist, and brings that perspective to his voice-over work. Let’s hear what he has to say!

McClain: I’ve always gravitated toward creative pursuits, but was never particularly confident in my artistic talents until I found I could channel those impulses through technology and my voice. Everyone wants to be heard and I’m grateful that I have these outlets to express myself. I hope that through my screen acting and my voice-overs, people are entertained, informed and encouraged to think for themselves and make the world a better place, one word or deed at a time. That may sound corny, but it’s completely sincere. I think the world would be better off if we listened to each other more and just learned to enjoy and appreciate life. 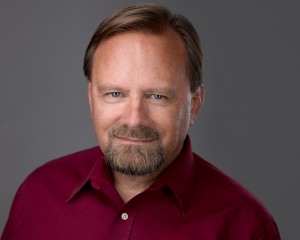 SAV:  Some voice actors will take other related classes that can help improve their performance, like improv. What on-screen acting skills do you apply to your everyday voice acting reads?

McClain: As a screen actor, I’m good at improv and I’ve been trained in script analysis and developing characters. That training dovetails wonderfully with what Such A Voice teaches. In fact, all of my training and experience as a theater actor, screen actor, and broadcast journalist is helping to make me better at voice-overs. I feel that the way the SAV training has supplemented all of that has really set me up for success!

SAV:  What about voice-over made you say, “this is something I want to do”?

McClain: I’ve always had the ability to communicate effectively through my writing and my voice and I’ve enjoyed using my abilities as a high school history teacher, a broadcast journalist in the U.S. Army, a theater actor, and a screen actor, so I felt that I would enjoy doing VO too. I’ve always thought that being a VO talent would be fun. I also came to voice-over because I thought it was simple. Now that I understand it better, I know that it’s not all that simple – which makes me want to do it all the more! In short, I came to it because I thought it was fun and easy, but I’m sticking with it because it’s fun and challenging!

SAV: How would you describe your voice to clients and agencies?

McClain: I’ve been told by SAV voice coaches that my voice is friendly and intelligent, that I make an excellent explainer and that I’m very versatile. That all fits with my personality and my professional and life experiences, so I think that’s a fair assessment.

SAV:  What was your favorite part about working with the demo production team here?

McClain: The scripts which I received from SAV were great – right up my alley – and Angela Castonguay was very friendly, knowledgeable and professional. I genuinely enjoyed working with her and was impressed with how much she cared about getting it right and helping me to put my best foot forward. After dealing with her, and my voice coach, Warren Richardson, I’ve just been very impressed with my coaches and everyone else I’ve dealt with on the SAV team.

SAV:  What kind of voice-over work have you done?

McClain: I’ve booked a couple improv VO gigs and one VO commercial, but I’m really just getting started as a professional voice actor, even though I have a lot of related experience. As a Public Affairs Soldier in the U.S. Army for 20 years, I wrote and read a lot of news, some features and did narrations from time to time. I enjoy talking about things that interest me and that I think are important for others to know, which is probably why I was successful as a history teacher and as a military broadcast journalist. I believe in playing to those strengths and using my natural enthusiasm in narrations and commercials, but I would also love to unveil my talent for doing character voices and take a stab at animation at some point in the future.

SAV:  Besides recording your demo, how have you prepared yourself for auditions and gigs? (marketing, website building, etc.) In other words, what are the ingredients in the kitchen that are responsible for making Dave McClain’s voice known to clients and agencies?

McClain: For starters, I already had a website for my acting and writing www.DavePro.info, so I’ll be adding my VO activities to that page and my professional Facebook page as well. I’ll be continuing my training and work as a screen actor, as I pursue my VO career, knowing that both of those complement each other. In addition, my voice coach, Warren Richardson, has prepared me well to market myself effectively in other ways. I also made it a point to secure an acting agent (Ruben Bermejo at The Boysen Agency) who also deals with VO talent. Beyond all that, like everything else in life, it’s about working hard, overcoming obstacles and being a little lucky. All three of those have served me well in the past, so I believe that I will be successful as a voice-over talent.

SAV: Who’s someone in the industry who you look up to?

McClain: I’d love to have the voice of a James Earl Jones, a Morgan Freeman or a Matthew McConaughey, but Warren Richardson has helped me to see the advantages of the voice I have and to tap into and develop those strengths. I guess you could say that I look up to everyone I just mentioned.

SAV:  Any New Year’s resolutions? (related or not related to VO)

McClain: Just to take over the world. Or my little corner of it, anyway. Ha! I’ve been steadily building my screen acting career over the past two-and-a-half years, doing more acting jobs and making more money each year than the one before, and I intend to do the same with my VO career. It may not be very specific or measurable, but what I really want to do is be as successful as I can be in my career, always enjoy what I’m doing and keep my priorities straight – working hard and having fun pursuing my professional and creative passions while keeping family and friends first.

Take a look and listen to some of Dave’s work at his website!

Eager to get your start in voice-over? Check out our introductory webinar to learn more about how to get started!