Robyn Candelaria finished her Such A Voice demo program in 2016. Since then, she has been working on all sorts of creative endeavors, and is now in the process of starting up her own professional VO recording studio! Let’s chat with her and see how SAV helped her make her dreams a reality.

Hi Robyn! First, some background: where are you from, and what were you doing before you got into voice-over?

I’m a girl who was born in Dallas, raised in Los Angeles, and chose the Pacific Northwest as my home base for “adulting”.

I grew up with a background in modeling and have done that since I was five.  Fashion shows were my first gigs and I was fortunate to be doing them with my mother at first, in local hometown shows.  Then my parents paid for modeling school which gave me the unique opportunity which I enjoy today. 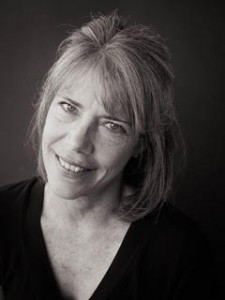 What projects have you been working on lately?

I just finished a movie trailer,  “Arresting God”, it is a story based on an event that happened during the war in Iraq.  I play an American government bureaucrat in the trailer. You can follow the project on the Facebook page of the same name.

I continue to do interviews for KSVR 91.7 Skagit Community Radio and recently launched a Skagit Valley College edition for Skagit Talks on Thursdays in which I interview teachers and students about the college class offerings on campus.

Last week, from home, I had coffee in my pajamas and recorded voice-over for a news piece needed last minute for broadcast. I also record commercial promos for the station from the comfort of my own home!

I’ve had a few fashion shows and an occasional live music performance tossed in – I really do feel like I play for a living.

Last fall I had a role in a live theatre production of SideShow, which was presented in a 1920’s vaudeville theatre.

How did you first get involved in VO, and what about it made you think you could be successful doing it?

I was looking for something new to try, hopefully using skills I already had or maybe uncover talents I hadn’t harvested. I attended a one-night session with Lisa Foster and got my first taste of working with SAV.  I was intrigued. I felt like it would be playing for a living! Could I really pull that off? The only way to know was to go for it.

How has Such A Voice helped you to get your VO career off the ground?

The reason I chose SAV for my training was that there were so many pleased students, and graduates that were working. But the highlight of the experience was that the training covered absolutely every aspect of voice-over. I completed my training with skills to record voice-over that is broadcast-quality.

What was your favorite part of your Such A Voice training?

I think my favorite part of the training was a toss-up between two things.   I loved the one-on-one sessions where I could perfect a commercial or narrative before the session and then have it critiqued and made better during the session.  But oh, how fun the Guru sessions were. Like a mystery to be solved, each chance to break down the script and determine the delivery was like a game, and I still love that today.  Bill Brooks was amazing and I am forever grateful for all I learned from him.

What was the first job you booked?

The first job I booked came about because my demo included a commercial for my nephew’s car dealership.

The next job was producing news bites for KSVR for the next year.  I taught another voice artist to do the news and took over the interviews.  I continue to teach what I’ve learned and I am amazed at how easy it is to help others because my own training was so intensive.  I am one of the only voice artists at the station to engineer my own work. I taught the only other VO artist to do her own as well.  It’s been an incredible benefit to produce as well as voice.

How would you describe your niche in VO?

My love for variety, ability to learn quickly and transition easily has allowed me to enjoy a wide array of projects.  This is certainly not for everyone. If I were to have to narrow down my work, I think I would choose podcasting. It is fun, very easy and lucrative while still offering variety.

What are your interests outside of VO?

I like to DJ sometimes.  I enjoy growing things outside.  I like to sing. I made keepsake greeting cards and specialty chocolates.  I teach classes on cards and chocolates from time to time. I love to be outdoors and so I do that between sessions in the booth.

If you could give our current students one piece of advice, what would it be?

My piece of advice is this:  write down your questions. Make use of your time with coaches.  Allow yourself to be stretched. You have nothing to lose but the opportunity to grow as an artist.  Immerse yourself in VO. Pretend to be characters you hear, you might eventually uncover a voice you didn’t know was inside.  Mine was “the green troll witch”.

I look forward to growing Emerald City Voice Over Studios this year.   I have four artists joining me to create a variety of podcasts for local radio broadcast. Also, I’m just finishing a dedicated home studio and have musicians and voice artists interested in using my space. I live out on an island and will have one of the very few studios in the area. Look for my website when the studio officially launches. We’ll have a little ribbon-cutting ceremony. In the meantime, It would be fun to hear from other voice artists, feel free to reach out and find me on my Facebook page Robyn Candelaria Voice Artist.

Eager to get your start in voice-over? Check out our introductory webinar to learn more about how to get started!