Having Fun is Serious Business

Fun has been overlooked, downplayed as frivolous, and even been the source of guilt trips for many adults. Most of us believe that if we aren’t “accomplishing” something, we are wasting time.

Fun is important for everyone, but for actors, having fun is imperative; it can mean the difference between booking the job and not. And once you are at the gig, if you’re not fun to be around, chances are you won’t be called back.

When we’re having fun, we aren’t worried if we are doing something right or wrong, or looking like a fool. We are free and open to anything that comes up. It’s an open playing field that often leads to brilliance.

I’ve never met a student who wasn’t capable of being brilliant. But I’ve met plenty of them that were afraid to let it out. Many voice actors approach the auditioning process with the same anxiety as a test in school: hoping they guess correctly what the director wants. When you are worried, you can’t be creative.

Clients expect us to be great at script analysis and honor their intentions for the copy, but they also want us to bring our unique point of view.

Casting directors need our creativity to bring their story to life.

As the Such A Voice West Coast demo producer, I work with lots of students in their demo sessions every week. Understandably, many are nervous about the process, as most have never been in a studio before. What I’ve discovered is the more we play, the more spectacular their performance is. Laughing, joking and improvising while working on their commercial and narration scripts always leads to wonderful demos. In fact, many folks are astonished at what they come up with!

There is literally no other profession where this technique works. As a doctor you certainly wouldn’t want to act crazy and out of control while performing an operation; nor would a police officer want to act this way while apprehending a dangerous suspect. But in the recording booth, there is nothing like bursting into hysterical laughter to loosen you up and free the uninhibited actor within. 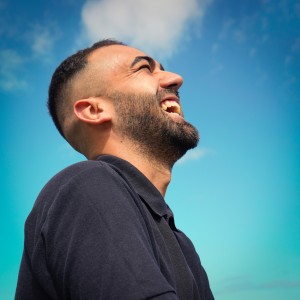 In today’s voice-over market, clients aren’t just looking for someone who sounds good, they want someone who delights and surprises them; a voice-actor who adds to the story.

So tear into your scripts with the same passion as a kid running to the playground. Work at fully understanding the text. Then, find a way to bring yourself personally and specifically to the script. Look for those hidden nuggets that you can explore and play with and use your imagination to create your story behind the words.

More and more, agencies are asking voice-actors to do some improvising. When you are used to approaching voice-acting as play time, you won’t be intimidated – you’ll be excited about it.

The voice actor who is willing to risk is the one who gets the job. Try it. You may just create something brilliant and memorable.