One of the most common mistakes I see while coaching students is one that’s rarely talked about. It’s a big component of sounding natural and authentic, and therefore being effective: often, I hear new voice actors fail to right-size the read. 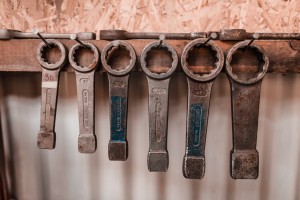 Right-size your read and you might give a heart-wrenching performance.

What in the H E double hockey sticks does “right-sizing the read” mean?

Right-sizing the read is shorthand for executing the proper tone, volume, energy, and intensity for the setting and situation of the script you’re performing.

For example, if the scene of a script takes place at 3 o’clock in the morning under the dim light of a bedroom lamp between a mother and daughter, that read will have a significantly different tone, volume, energy, and intensity than one that takes place in a restaurant kitchen on a busy Saturday night between a line cook and a waitress.

In the early days of the “Golden Age” of Hollywood, Jimmy Stewart was one of the first actors to right-size his performances for film. Historically, the vast majority of early film actors came from the theatre, where the acting calls for a style that is loud and physically dramatic enough to be communicated to the back row of the audience. Even a “stage whisper” is a whisper so unnaturally loud it can be heard in the back row.

But the movie camera and mic are often just inches from the actor’s face. Stewart traded on subtleties that only the camera and mic could pick up, and as such, became one of the greatest Hollywood actors of all time.

One of the biggest causes of a wrong-sized read is a lack of sufficient script analysis. When analyzing your scripts, here are some questions you can ask and answer to help properly right-size your reads:

I see students miss on both sides of “right-sized.” Most commonly, reads are too big, loud, dramatic and over-enunciated like the theater-to-film actors of the ‘30s and ‘40s. Sometimes though, actors fail to step into the roles and the read comes off too flat, un-energetic, too dry, timid, or uninteresting.

Right-sizing the read isn’t just volume adjustment. For example, given the answers to the above questions, how large or small should your gestures and physicality be when performing the script? Is the character or persona animated? Muted? Or somewhere in between? Specifically, where are they on that spectrum? Why? How is that received by the person you’re talking to? What are the clues in the copy that tell you?

I wish you all the best.