How to Get Voice Work: Networking Can Help Kickstart Your VO Career 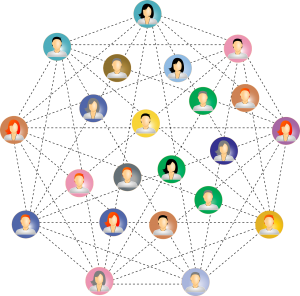 Once we finish our initial voice-over training, demos still warm from the recording studio, we begin to think about how to get voice work.

Most of the time, auditions land you the job. But, where do you find these auditions?

While there are many avenues, here are some of the bigger ones:

Let’s focus on that last bullet point: your network.

It might be the most overlooked, underutilized weapon in your marketing arsenal. It’s also the most powerful tool you have at your disposal.

In the absence of an agent, membership on any of the pay-to-play sites, or any other casting resource out there, your network is a wonderful way to share your talents with the world and search for VO opportunities.

Networking is about building and strengthening relationships. And it is everywhere.

Think about your day job. How many of you got your current (or past) job because of a personal connection? According to the Society for Human Resource Management, 30% of all hires in 2016 came via a referral.

We want to work with people we know, like, and trust. The best way to do that: hire someone our people already know.

Instead of telling you how to network and how to get voice work, I want to share real life examples of how networking has helped your fellow VO actors land agents and opportunities. I encourage you to incorporate these lessons into your own marketing efforts. 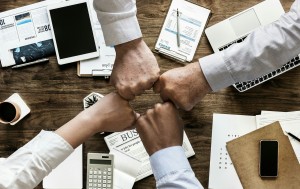 Networking is how many of us landed our agents, including me. None of my agents came to me through a cold call. In fact, my first round of reaching out to agents in Los Angeles was a bust. Out of 20+ mailings and e-mails, I got zero responses! A few months later, one of my friends from a VO class offered to introduce me to his agent. We all met for lunch and friendly conversation, and then several weeks later, I was invited to sign with that agency.

Networking is how many of us discover how to get voice work. Alex Weitzman’s day job as a Virtual Assistant ended up landing him a voice-over gig without even having to audition. One of his colleagues tipped him off to an opportunity. He then sent his demo and subsequently got cast in the project. Weitzman said, “The networking itself became the method of booking.”

Your next job might come from your last job. Kalina Kitten McCreery sent a thank you note to a production crew after working with them on a short film. The first Assistant Director had a VO project and ended up hiring her to work on it.

Networking can be the bridge from turning a cold call into a real working relationship.  Michael Montes reached out to a voice coach to inquire about his courses, and ended up having a conversation about his experiences. Michael sent the coach his demo and a brief summary of his training. The voice coach also turned out to also be a casting director and ended up sending Michael auditions that turned into work.

Networking helps us help others. Networking isn’t about what you can take from a relationship; it’s really about what you can give. Tamara Lilly saw a post in a VO-focused Facebook group looking for an actor with a specific regional accent for an e-Learning project, and knew someone who fit the bill. She introduced him to the company and he booked the gig. He also suggested she submit her work to that company for future reference.

Networking has karma. In a great postscript to Tamara’s story, she said, “Three months later they gave me a gig and have turned into my best repeat client.”

Results from networking may take time. Be patient. LA-based voice actor Tracey Rooney has a great story from her on-camera work. She said, “I sent a postcard to the casting director for One Life to Live. She had seen me perform, but hadn’t brought me in to audition. After sending a postcard, she booked me without an audition for an under-five role that recurred and recurred. When I walked into her office, my postcard was still on her desk. Tons of people could’ve played that role but I was the one that sent the postcard that day that reminded her I existed.” Networking can payoff in unexpected ways and in its own time.

Networking is really shorthand for relationship building. Connections are made via events or social media, but relationships grow over time through repeated authentic contact, and a willingness to help and be of service. Most of the actors I spoke to said they reached out to their network anywhere from once a month to once per quarter. However you choose to do it, be consistent. If you need help creating a system, I wrote an article about Staying on Top of Staying in Touch.

Time to write your own success story! Take a second and think about your world and the people and groups you interact with on a regular basis. Here are a few ideas, just to help get you started:

From those groups, can you come up with a list of at least 10 people you can reach out to about your VO work? Craft a brief note, make a call, or send a postcard and get the process started. I would love to hear what results YOU get!

We’re also on YouTube. Check out the full video for “How To Get Voice Work: Network to Kickstart Your Voice-Over Career:”

Did you enjoy “How to Get Voice Work: Network to Kickstart Your Voice-Over Career?” If so, we’d love to to hear more of your feedback! 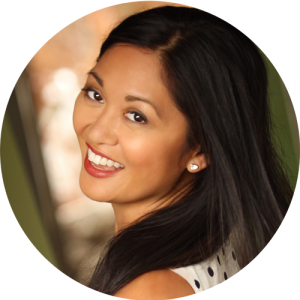 As a voice actor, Ratana’s voice can be heard in numerous commercials (Vail Resorts, Fantastic Sam’s and others), video games (Skylanders: Giants), animation (Daddy, I’m a Zombie, Mummy, I’m a Zombie), as well as many industrial narration projects. A self professed “nerd,” she’s also a lifetime learner who constantly seeks new resources to keep her skills sharp. In addition to performing as a voice actor, Ratana coaches VO for Such A Voice. You can find her professional voice-over work at: ratana.net.