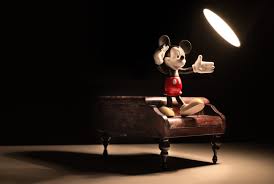 As technology advances, animation voice-over jobs are expanding rapidly! With the right training and marketing know-how, getting into animation voice-over can be easy. Learning how to market your voice is crucial as well as learning the best voice-over technique. Such A Voice offers the most comprehensive voice-over training available – from how to set up your home studio to recording a professionally produced and mastered demo – we don’t leave a single detail out! You will graduate from our program with all the tools and skills essential to launching a successful and lucrative career in animation voice-over!

Check out this profile on our coach, Michael Yurchak, who has experienced an incredible amount of success with animation voice- over!


Get to know our voice coaches and team by visiting the Our Staff and Producers page, read our blog for tons of great voice over information, and check out the testimonials to see what what others have to say about our program.

Check out our popular introductory video, A Shockingly Simple Idea to Success in the Voice-Over Industry, and see what Such A Voice can do for your voice over career!