What is a Television Voice-Over?

Home Voice-Over Information How To Get Started with Voice Acting What is a Television Voice-Over?
(802) 275-0154 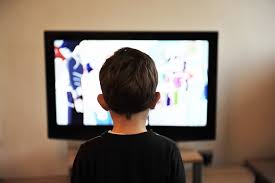 Think about how minutes before your favorite television show comes on, you see scenes from last week’s episode and suddenly hear, “Last week on…” This sparks your attention. It reels you into the show even more. Television is a powerful medium for that very reason: you get to see AND hear the story. Imagine being the guiding voice that has that kind of power to tell a story. As a professional television voice-over artist, you’ll have the opportunity to voice in-show narrations, TV promos and previews, and animated television characters, among other things.

Eager to find out how to become a professional television voice-over artist? Continue reading to find out more!

How to Get Started as a Television Voice Actor

How to Find Professional Work in Television Voice-Over

Television is not as traditional as it used to be. People are accessing television shows through different devices and various streaming services. Nowadays, television writers are creating more and more content for viewers to watch. This opens up the field for more voice-over work for male and female professional voice actors.

By taking voice-over classes with Such A Voice, you’ll learn how to market yourself to potential clients, which plays a big role in how you get work. Most of the work you’ll find for TV voice acting will be through talking to agents, marketing yourself directly to businesses, and looking at postings on online membership casting sites. It’s not as common to audition in person nowadays, most likely you’ll be doing the recording and production of the audition from your home studio and emailing the prospective client your recorded MP3.

After going through our voice-over training, you’ll know how to navigate the voice-over industry, market yourself as a voice actor, and set up your home studio with the proper recording equipment and software. We’ll also work with you to create your first professional voice-over demos. Your demos are your way of showcasing your voice to your clients. So, be confident in your voice as you go through the recording and production process. Remember, there’s a shockingly simple idea to success in the voice-over industry you won’t want to miss out! We’re here for you every step of the way as you begin your journey as a voice-over artist. We’re excited to see you kick start your career!