Acting Techniques: How They Apply to Voice-Over

There’s much more involved in voice-over than having a great voice. Of course, a voice that an audience will relate to and want to hear can certainly help, but it’s called voice acting for a reason. There are a plethora of acting techniques that can aid voice-over talent in delivering a strong read in a session or audition.

“Acting is living and behaving, truthfully and fully under imaginary circumstances.”

This is a quote from Sanford Meisner, father of the “Meisner Acting Technique” and he was one of the legendary actors who formed the Group Theatre along with Stella Adler and Lee Strasburg. I remind my students in coaching sessions that they need to put on their “Actor Hat” for script analysis and imagine a real-life situation where you would say this script to someone. And no, it is not “I am on an infomercial and delivering this speech” because oftentimes, that causes us to end up with a phony, not conversational or natural read. 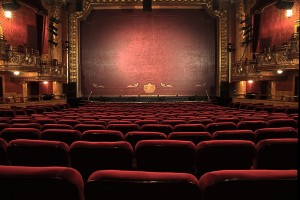 I’d rather hear a read where the actor is talking to a friend in their living room and telling their friend how they can’t live without (insert product here). We have all been in this particular situation in our lives as consumers, so using our imagination to visualize these circumstances is entirely within the realm of possibility. Some situations may be harder to imagine (i.e. you are an elementary teacher in front of a class, describing the geography of a country you have never visited), but we need to be able to tap into our imagination to realistically convey these circumstances.

I mentioned Sanford Meisner and his acting technique above, which consists of exercises involving repetition. Through repetition, the actor is trained to not become wedded to a particular read or way of saying a line, but rather work off of the other actor’s behavior in the scene. In the vocal booth, we are often alone, imagining a scene partner for the purpose of our script analysis. Therefore, we need to develop our own techniques to switch up the read of a script – whether it’s changing our physicality, facial expression, attitude, or even script analysis (I am saying this to my sister versus my co-worker) which lends itself to a different read.

Imagine this: you land a commercial for a well known chewing gum brand. But, you hate chewing gum, it really exacerbates your jaw tension (which isn’t helpful in a voice-over career, right!?) If you want to land the gig and make this script believable, you are going to need an acting term called substitution. While you are talking about the long-lasting flavor of this particular chewing gum, you are going to imagine the flavors of your favorite chocolate truffle. If you believe, the audience will believe, and no one will ever suspect you are not thinking of that delicious chewing gum. Uta Hagen (another acting legend, look her up!) discusses substitution in her book Respect for Acting. She states “My strength as an actor rested in the unshakable faith I had in make-believe. I made myself believe the characters I was allowed to play and the circumstances of the characters’ lives in the events of the play.” She continues “I use substitution in order to ‘make believe’ in its literal sense– to make me believe.”

There are many different acting techniques whether it is Meisner, Strasburg, Uta Hagen or the legends of the improvisation world that can assist you in voice acting. It is worth exploring classes or reading materials in any of these techniques to strengthen your abilities and believability in the voice-over booth.