We all know how powerful the internet is. The amount of information that we can find on the internet is limitless (and instant). For instance, we now have instant access to examples of dialects from just about every inch of this planet. How exciting is that?! Being able to directly access examples of speech from around the globe is a game-changer. Audiences (including voice-over producers) everywhere are now becoming more aware of the nuances of various dialects. It’s now our job as actors to authentically communicate those dialect nuances to audiences. So how do we do that?

To begin, it’s always a good idea to enlist the help of a professionally-trained dialect coach. Think of this coach as your guide into the world of this new dialect. Now, in order to maximize the effectiveness of your dialect coaching sessions, you’ll next want to dive into some research. By research, I’m referring to various examples of the dialect. 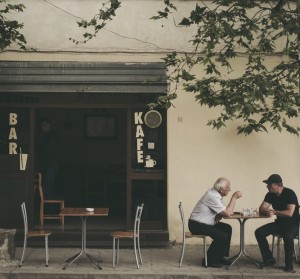 There are two types of examples that we generally have access to: primary and secondary sources. A primary source would be an example of a person speaking naturally, in their own everyday dialect. A secondary source would be an example of another actor speaking with a dialect that’s not their own. When looking for examples, we almost always want to look for those primary sources rather than secondary sources. The reason for this is because we want to model ourselves after real people, rather than other actors who are also trying to model real people.

We now have an idea of what type of examples to look for – excellent! Now we have to get specific. Start by looking at background info for the character or voice, including the following:

2) Where did they go to school?

Okay. We’ve now found an example that’s a primary source, AND specifically one similar to the character or voice that we’ll be portraying—fantastic! Now it’s a good idea to find another similar example. The reason for this is that speech, in general, can be inconsistent – one person is bound to have some minor pronunciation variations from other people in the same area. There may even be times where you find yourself pronouncing a word a certain way today, and then slightly differently tomorrow. By exposing ourselves to multiple primary sources, we’re then able to look for patterns that will help answer any pronunciation inconsistency questions we may have.

Looking for appropriate examples is a very important part of the dialect-acquisition process. Think of this step as necessary research. The goal is that through this research, you as the voice-over actor will begin to be able to make truthful choices with your dialect that are much more likely to be grounded in nuanced authenticity. And again, a properly prepared and coached dialect with nuanced authenticity is exactly what audiences are looking for today in the age of the internet!

If you’d like a PDF with examples of both primary and secondary sources to some very common dialects, please click on this link!