Cue any random day in the first year of my voice-over business.

I settled into my studio with a zest for life and a mind set on knocking out my daily “to-do list.” Because I’m a responsible, mature business owner I had written out a neat, bulleted list on my iPad. I had ten items that I wanted to complete that day, and I was ready to crush it. So I cracked my knuckles, turned on some music, and got to work. 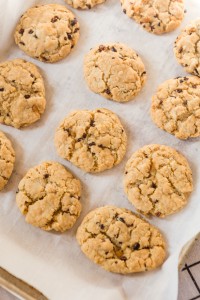 Several hours passed, and it was now lunch time. I had been working hard, and I felt pretty satisfied with my efforts. Before leaving my studio for a quick bite I decided to glance at my to-do list to see just how much I’d crossed off…only to find that I had completed just one of my desired bullet points.

But I was busy! I distinctly remembered working on no less than 4 of those bulleted items! After laboring for half a day, how could I have made such little progress?

In truth, I did do things – a lot of things. I worked diligently on several items from my to-do list, but something was clearly holding me back. The culprit? The very thing that made me think I was making progress: Multi-tasking.

You see, jumping from one thing to another – what we call “multitasking” – isn’t really multitasking at all. It’s task-switching, or so says the majority of scientific research today, and it’s killing your productivity. In short, the human brain just isn’t built to juggle multiple tasks at once, as much as we want it to be. For more details, hop on over to Google and search “Is multitasking real?” The evidence that it’s not, is pretty outstanding.

So, multitasking isn’t real but I still have a ton of things to complete every day, not to mention the countless little interruptions from unexpected emails, rush jobs, or household chores. How can I successfully juggle all of this?

Enter my (and your) new best friend: task batching.

Task batching is a fancy term for maintaining a singular focus on individual tasks, and grouping similar activities together in a purposeful progression. To illustrate just how to do this, consider the following 5 activities.

At first glance it may seem reasonable to just work your way down this list as is, or even select two or three items to work on simultaneously. It’s certainly what I was doing. But doing so is likely to actually slow you down, or worse, and here is why:

Remember how I said the brain wasn’t set up to work on multiple things at once? According to an article by Nancy K. Napier, PhD , as it turns out, every time you turn your attention from one thing to another you trigger a “start/stop/start” process. As she puts it,

“That start/stop/start process is rough on us. Rather than saving time, it costs time (even very small micro seconds). It’s less efficient, we make more mistakes, and over time, it can sap our energy.”

And that’s just a general statement. When it comes to swapping between dissimilar tasks, the effect is even worse. Many of the tasks I listed require different cognitive functions – different areas of focus, and different mindsets. Making a business-related purchase, for example, requires quite a different mindset than content creation for social media.

Swapping tasks once or twice may not be a big deal, but the more you do this the more taxing it becomes. And before you know it you’re heading for lunch with a whopping one completed task under your belt.

This is where task-batching shines.

With task-batching, you first focus on completing single tasks before moving on. This means if you’re working through an educational voice-over course of some kind and an email comes in, you leave that email for email time (unless it’s truly urgent, which is generally quickly apparent). This will help you to avoid loss of time and focus, leading to increased efficiency on the task at hand.

Decide on a specific amount of time you want to devote to any given task and set yourself a timer when starting that task. Except in case of emergency, until that timer sounds your singular focus should be on that task. All of the other things that need doing can wait.

Second, you create an order of progression for your daily events based on batching similar tasks together. For example, writing marketing emails and creating social media posts utilize similar creative/cognitive functions which are focused on creating new information. If I book out one hour for email marketing my brain is primed and ready for the content creation process of social media, making that an ideal next-task. I call this “taking advantage of mental momentum.”

What comes first in your to-do list depends on your priorities, but where possible, try and string as many similar tasks back-to-back as you can before switching gears to dissimilar activities.

Now to be entirely fair, because of the extremely dynamic nature of the voice-over business this is not a bullet proof system. Sometimes urgent situations come up. Huge clients that simply can’t be ignored may appear in your inbox, or rush jobs may come from your agent. But don’t let that undermine the value that task-batching has to offer. Speaking for myself, I can’t deny the impact it’s had on my voice-over business.

Both scientifically, and anecdotally-speaking, I encourage you to give it a try, and I hope that as you do your productivity soars, as mine has. Good luck!