Multiple Takes or Not: When, How, and Why

New voice actors often ask, “How many takes should I do for an audition?” and yet again the answer, as it is so often in voice-over is, “It depends.”

In this post we’re going to talk about how many takes to do, when, and why.

I believe there are two main rules for how many takes to do in an audition.

True for any audition source, but especially true for auditions from agents and production houses, ALWAYS read and follow to the letter the instructions included with the audition. If the instructions say, “One take only,” do not do more than one take. If they say two takes, do two takes and make them significantly different. More on that in a moment.

If they say “all the way through” perform the entire script and do not do alts (multiple takes of a given line) unless specifically asked to in the instructions or the script. If the instructions discuss slating (saying your name and possibly take numbers before or after the take) follow those instructions to a tee. If there are instructions regarding the file label, follow them to the keystroke. 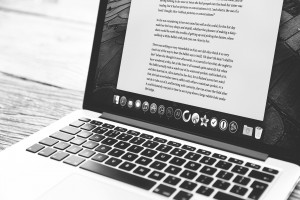 Make sure to read the instructions and the script!

If an agent or producer can’t trust you to follow simple instructions, they’re not going to trust you enough to put you in front of their client.

Rule #2: If the instructions don’t say specifically, do two takes.

The reason you do two and not three or more is this: to show differing creative approaches, but not waste your or the other person’s time. As mentioned above, the two reads should be significantly different, whatever you determine that to mean for that specific copy.

The reality is – for a national audition, for example – you may be one of 100 actors submitted by your agent, and there may be half a dozen agents submitting. If you’re in a stack of 500 or so auditions, they may listen to your second take IF you get shortlisted, but they’re likely not going to listen to a third (unless they’ve asked for three).

My general rule is to do one take in your best interpretation of the spec (the creative direction and demographic info supplied with the audition notice), and then something creatively different for the second take.

Do not send two “versions” of essentially the same read. You’re just wasting everyone’s time, including yours. It’s like being in college and submitting the same essay twice. It accomplishes nothing. The two reads need to be creatively different.

Often, that take you did that was “off-spec” is going to stand out. You may want to consider putting it first in your audition file for that reason (assuming it’s a solid read). More often than not, my final “take two” ends up as take one in the audition file. Use your own judgement but don’t be afraid to throw the spec out the window for a take and let it rip.

Does that mean you really read just one or two takes in the booth?

No! It means you submit one or two takes. How many you record is up to you. Newer voice actors will likely do 6 – 12 or more takes to get to two solid final takes. Just be careful not to record too many takes, because as you continue on, the reads may sound less organic.

I try to spend no more than 5-8 minutes on an audition. That includes reviewing the notice, spec, instructions, copy, doing the script analysis, recording, editing and submitting. If it’s a big national audition, I’ll often spend more time, maybe up to 15 minutes but usually not any longer than that. This time budget keeps me focused and keeps me from overthinking the reads and getting way up in my head.

When you’re newer, you should probably shoot for a cap of 15-20 minutes at first, then as you get your process down, aim to shorten that down.

I hope this answers the question of how many takes to do and gives you a solid plan for how to attack your auditions. Go get ’em!