Question: How can you tell a good voice-over performance from a not-so-good performance?

Answer: Well, that’s kind of a trick question. The truth is, what we find “good” is entirely subjective and based upon our personal preference. It’s like going up to someone outside the newest pizza place in town and asking, “Is the pizza here any good?”

Their response is going to depend on their individual taste buds, what kind of pizza they tend to enjoy most, and whether or not this establishment measures up to their expectations. One person’s “good” is another person’s “meh.” So, if we’re going along with this delicious train of logic, trying to determine whether something is 100% objectively good is an impossible task.

Perhaps instead of aiming to be “good” in our performances as voice actors, we should aim to be as genuinely connected to the material as we can be. After all, we’re more likely to think of an actor’s performance as being a “good” one when we are able to feel something because of it –  when the performer is “living truthfully in imaginary circumstances” as legendary acting teacher Sanford Meisner once put it. Most of us can tell the difference between an authentic emotion and a false one; when an actor is fully present in the world of their script and when they are not. We can even know this for ourselves as performers; if we’re really conveying the meaning of the script or if we’re just spewing out some strung-together words and thinking about what we need to pick up at Trader Joe’s.

Finding presence and feeling connected to your script circumstances is the key to delivering an authentic and believable performance. Here are a few tips to help you do just that!

1. Approaching a “character”. When you’re working on a script, it can be helpful to ask, “Who would be speaking these words?” Whoever this person is, even if they’re just an aspect of yourself, they are the “character” you’re playing. What is their current situation? Can you relate to them or not? If you can personally relate to their specific scenario, great! It will be easier for you to say their words as if they were the truth for you. 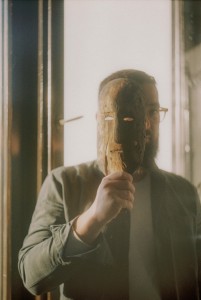 If you can’t personally relate to their situation, like for instance, if the script requires you to talk about holding your newborn baby, but you’ve never had kids nor have you ever held a baby in your life, well, you might have to go about it in a different way! Sometimes substitution can work; every time you say “my newborn baby” you think about your much-adored cat instead. An alternative approach would be to utilize your imagination and daydream that you actually have a newborn baby. You can also try connecting to the material through empathy. Think of anyone you know who ever had a newborn baby; like a friend, family member, or even a fictional character and channel their energy a bit. In this technique, it’s almost as if you’re trying on their persona.

2. Say what you mean and mean what you say. Take whatever script you’re working on and break it down line by line. What are you REALLY saying? What’s the meaning underneath? Summarize the script in your own words. You can do this in two ways, writing it down or speaking it out loud. Either way, improvise your way through the script using your own words until it feels natural for you to share the script’s message exactly as it was written. What this will do is further connect you to the circumstances and make it feel more true and familiar to you. You’ll believe what you’re saying a bit more. And as the title to this blog says, the more you believe you, the more we do!

3. Discover the lines as you say them. Every line we speak has a reason for being there. It is a reaction to something someone is asking, either explicitly or implicitly. What are they asking? Allow yourself to think of your answers as if they were just spontaneously popping into your head.

4. Where are you speaking from? Since emotions are tied to energy centers within the body, it can be helpful to decide where your character’s voice is coming from. If they’re really bubbly or excited, you can try placing your focus on the top of your head and imagine that you’re speaking from that area. If your character is very confident, perhaps you’d speak from the base of your spine or the bottoms of your feet. If the character aspect you want to convey is one of compassionate concern and warmth, think of the words as coming directly from the heart center.

5. Get into an improv or acting class! So much of acting training is really un-training; unlearning what the world has taught us since childhood, such as how not to feel too much or express emotion. That’s why I always recommend improv and acting classes for anyone wanting to start a voice-over career but also for anyone who wants to feel more free in their lives. Find a good studio that creates a fun and safe environment where you can practice with other actors and allow yourself to play! Such A Voice even offers a weekly improv workshop you can check out here.