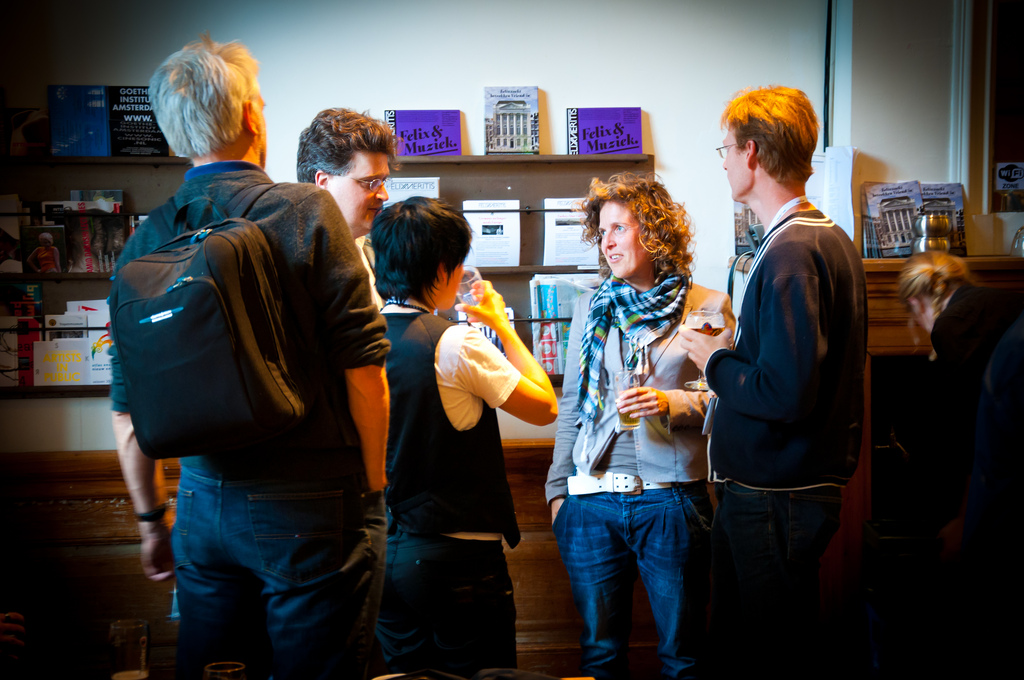 Everything you thought you knew about networking at audiobook events is wrong and is easier than you think.

The audiobook community is a vibrant one. It’s a tight-knit group, but is always welcoming of those who are serious about the craft and the business. There are lots of audiobook events specifically for audiobook narrators.

And success in the audiobook industry is linked directly to these events. Why? Because audiobook narration is not voice-over. It’s old-school New York publishing: Shake hands, buy a drink, and share a steak with conversation about the Yankees. Human interaction. So you really need to do these audiobook events and get to know the movers and shakers in the business.

But we’re also introverts. I consult with a lot of people who get sweaty palms thinking about networking and elevator pitches and not saying something stupid to the president of Penguin Random House. They freak out and they come up with some reason not to go or if they DO go, then they don’t get the full experience and value because they hung out in the back like a wallflower.


So here’s my advice to make these audiobook events much easier for someone who sits in a box all day talking to themselves. And some of it is NOT what you think:

Effective networking at audiobook events means doing less traditional networking and more just being yourself. Talk to everyone! Be a real human! It’s those kinds of connections that will eventually lead to more work and a more fulfilling career as a narrator.

Thanks for tuning into our content! There’s always VO conversations happening out there that are dying for a voice like yours to participate, so what are you waiting for? Join the conversation to see what voice talents are saying.

Jeffrey Kafer is a full-time SAG-AFTRA audiobook narrator and consultant. He has narrated over 500 books in almost every genre for such authors Clive Barker, Steve Alten, Maya Banks, Gregg Olsen and many others. He has 2 degrees in cinema and broadcasting and spent the first part of his career as a video game tester for Microsoft before following his true passion of acting. He’s been on stage since he was 13 (his mom still has the bellhop costume she made) and currently lives in Los Angeles with his family and dog. Visit him at http://audiobookmentor.com or checkout his audiobooks at http://audible.com/jeffreykafer