Gary Crockett recorded his demo at the beginning of 2020 and has been recording some audiobook projects since then, and is working to have is VO career take off in 2020. Let’s check in with Gary and see what he has to say about his voice-over experience so far!

My career was spent in the medical equipment industry, as a field service engineer for diagnostic ultrasound systems, and then providing tech support to other field engineers. I retired from my career in April of 2019.

I’m a singer and have performed with choirs, ensembles, and as a soloist for most of my life. I’ve also done a lot of acting in community theatres for about the last 15 years. I learned to read at a very young age and I’ve always been an avid reader. People have often complimented my voice so I began to think that I could do well as a VO artist. 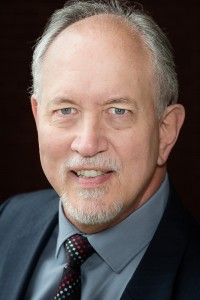 I’ve heard you’ve recorded some audiobooks; talk a bit about that experience! Did you find the long reads challenging? What did you learn about VO in the process? Did you learn anything interesting from the book itself?

Yes, in fact I became a volunteer narrator for Learning Ally after hearing about them through Such A Voice. I applied and was accepted, and even began reading my first book before I attended my Such A Voice seminar with Justine Reiss, and of course shortly after that I became an SAV student. The need to have a good recording environment allowed me to invest in the equipment I needed, and to realize how important it is to be able to create a quality audio file.

I’ve used Audacity for many years to edit the bootleg concert recordings that I sometimes capture, which is another of my hobbies. Now I’m using it to record books and VO auditions. That has allowed me to become more adept with Audacity and my other equipment, so that I sound much more professional in my recordings. The first challenge in recording a book is deciding on the best way to actually read the words out loud so that the narrative intended by the author comes across clearly. This is why it’s so important to have a strong command of the language, both as it is written and as it is spoken.

The second challenge for me is the editing of the recorded files. Naturally there will be mouth sounds in any recording and a variety of other background noises. Cleaning up those kinds of noises takes a lot of time and effort, but it’s crucial in order to end up with a high quality file to submit.

One of the books I recorded is ‘A Wolf Called Wander’, written from the first person perspective of the wolf. I learned a lot about the behavior of wild wolves from that fascinating story.

I’m a baritone singer so my voice is rather deep and resonant, but I also love to create character voices which could be just about anything. I was born and raised in the deep south so I still have a bit of a natural accent, but I have also worked hard on a variety of other accents and dialects.

What would your dream voice-over gig be?

I’m very interested in documentaries about science and nature so I would love to be a narrator of those kinds of shows.

Have you heard any good voice-overs lately?

I’ve always listened closely to voice over artists to see if I recognized the actor, whether on a commercial, a movie, or a documentary. My favorite VO artist is Peter Coyote, I have immense respect for the career he has built. I really enjoy his work on all of the Ken Burns documentaries.

What was your favorite part of training with SAV?

The coaching calls were great, first with Warren Richardson who shared so freely from his vast experience and taught me so much, in addition to being so encouraging. Then it was Booth Daniels coaching me as I prepared for the recording session for my demos. His training and direction was invaluable plus he’s so fun to work with and just to talk to. What did you find most valuable? The knowledge and confidence I gained from my coaches allowed me to have an amazing recording session and produce some top notch demos.

What advice would you give to folks just starting their training?

One of the most important things I learned right from the start in Justine’s seminar is the importance of doing things in the right order, and following a proven step-by-step approach to give yourself the best chance of success.

Naturally I have to mention Learning Ally, if you think that recording audiobooks might be a part of your professional VO career. I’m very proud to be a volunteer part of this organization that provides such important resources to young people with learning disabilities or visual impairments.

Such A Voice has a partnership with Learning Ally, which is a non-profit that strives to make learning more accessible by creating a library of human-read audiobooks (that includes fiction, non-fiction, and even textbooks) for kids who have dyslexia, who are blind or visually impaired, or who otherwise have difficulty reading. Many of our students have, like Gary, worked with Learning Ally to contribute to this mission.

If you’re interested in learning more about our training and possibly getting involved with Learning Ally, take a look at our introductory webinar!