Audition Coaching – Taking Your Auditions To The Next Level 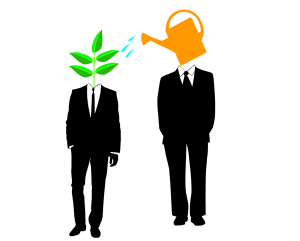 Due to voice-over’s growing popularity, many folks are turning to audition coaches to get a leg up on their auditions.

Audition coaching is a highly specialized service used in preparation for a big audition, and to review past auditions.

If all it took to be a successful voice-actor was to have a great voice, there would be no need for audition coaches. You could just read the words with a bit of flair, and be done with it.

But a lot more is expected of voice-actors today. There are many reasons for this, including growing audience sophistication.

Another major factor is that more stage and screen actors are getting into voice-over, and they are bringing their acting techniques with them. Their performances are raising the bar of voice acting, which contributes to the changing landscape. We are expected to be more believable, compelling, and entertaining than ever!

Check out the awesome voice acting in this Absolute spot:

I learned this lesson the hard way! When I was first bitten by the VO bug, I was a well-known radio DJ in Los Angeles and thought I was more than ready to get an agent and jump into the national voice-over fray.

I couldn’t have been more wrong. A prominent voice-over agent set me straight when he said: “Go take acting lessons!”

Ouch, that hurt. But that painful encounter provided a valuable lesson for me. I obsessively began listening to voice actors who were booking agency commercials, and dissected their performances.

I realized the truth: my delivery, though smooth, pleasing, and spot-on was announcing.

The voice actors booking the jobs that I wanted were bringing living, breathing, and feeling characters to their reads!

It was then that I decided I needed voice-over coaching. I also started taking acting and improv lessons in order to diversify my skills and after serious dedication and hard work, it paid off. It was only then that I finally began booking agency-level voice-over jobs.

I know that in order to stay successful in voice acting, I have to keep growing and learning. That’s why I’ve never stopped my own training, and seek professional critiques of my voice-over work from time to time. After all, practicing by ourselves has its limitations.

Have you fallen into a rut, approaching audition copy the same way each time?

When you go into your studio to audition, do you feel less like a kid in a playground and more like you are facing the gauntlet?

An audition coach will…

Remember, there will always be a higher percentage of auditions than actual bookings; that is just the nature of the beast.

If your commercial, narration, or audiobook auditions are sputtering, audition coaching is just what you need!

With our new Audition Mastery program, Such A Voice Coach & Producer, Nancy Wilson, will help you root-out problems with past submissions, and help prepare you for upcoming voice-over auditions.

Click Here for more information on audition coaching and to book a session with Nancy today!

And click here to hear Nancy Wilson’s recording of her article!