Jeremy recorded his demos with Such A Voice just over a year ago, and since then, has been on fire in the VO space as well as enjoying his life as a father and as a recording artist! Read his story below.

Being a dad of all trades! I have a daughter who plays the tuba and another one who plays tennis. Then there’s the five year old. We don’t know what she wants to do, but she’s definitely the ringleader right now. So, yeah – that’s consumed a good portion of my life for the last several years.

Professionally, I’ve been a Systems Engineer for the last 16 years, working primarily in the area of missile defense. Additionally, I’ve been working to build my brand as a recording artist, musician, producer, and audio engineer.

Had you heard of VO before or considered it as a career path? If not, what about it appealed to you most? 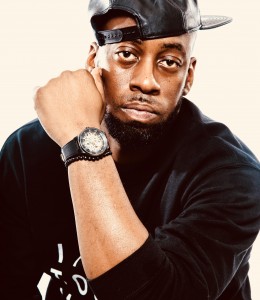 I don’t think a day’s gone by over the last 30 or so years within which I haven’t been told I have a radio voice, I should “do“ cartoons, or, lately, I should narrate audiobooks. While people have weighed in on so many levels in that regard, I still didn’t understand voice acting as a career or how to get into it.

It wasn’t until I pivoted in 2018 and decided to seek out training that I realized how intense entering our industry can be. What appeals to me most about it is the idea that I can be a granddad one day, a doctor the next, and a gargoyle two weeks after that. Our voices are what they are, but we can still be ridiculously flexible within our range.  That’s what I love the most.

What was the most valuable part of your training with SAV?

Learning that having a good voice is just part of the battle. This art form is so nuanced that consistency and discipline when it comes to practicing is paramount. I also learned that it’s not for the faint of heart. My coach, Rosemary Chase, gave me so many nuggets, but the one that stands out the most is, “There’s no such thing as a good job or a bad job. The only matter is, ‘Did you do enough to get the job?’” That philosophy has paid dividends as far as maintaining my sanity goes!

What was your first paid voice-over gig? How did it come about, and how did it go?

I got my first gig through Craigslist as a grandfather in a dog poop PSA in Baltimore, MD. There’s nothing like the thrill of being selected to voice a role, and with it being my first opportunity, it still holds a special place in my heart. It actually went very well. I recorded my part remotely and sent it to the production team. They were really impressed with the first time quality and my interpretation of the script.

What is your favorite VO project you’ve done so far?

A concert promo radio spot I did for a company in North Carolina. I auditioned for it via Voices123. The producer reached out and asked if I could provide music and effects for the spot, to which I immediately said yes. He also asked if I could send him an example of something similar I’d done in the past, but given that it was literally my third gig, I had nothing to offer. So I made up something! I had to create an ad to get the job! They loved it, so they gave me the opportunity to do the promo for the actual concert. It was an empowering experience in that, aside from the script, I was responsible for everything – producing the music, adding vocal effects, mixing, mastering for radio, you name it. It’s been the most fun I’ve had as a voice actor.

I know you also do some work as an audio engineer, recording artist, etc. How does your experience there change the way you look at VO (and vice-versa)? Any lessons or skills you’ve brought from one discipline to another?

Answering the last question first, I think voice acting has made me more aware of the heaviness of my voice. Some people have smooth, deep voices, but they’re not always heavy. Heavier voices are unique in the sense that, during the mixing phase, rolling off too much low end can erode the richness that makes them so special. That reality is something that informs how I mix my vocals for songs. I’ve also found that my experience as a music producer helps my voice-over recording process from a workflow standpoint. I don’t do tons of takes. I’ve learned to largely not question what I feel in order preserve the organic nature of the original idea.

I like to say that I’m a culture-bending, diverse, baritone-having voice actor capable of pulling from a wide-range of life experiences to help my clients convey their message. If I had to compare myself to anyone it would be Keith David.

What would your dream VO role/project be? 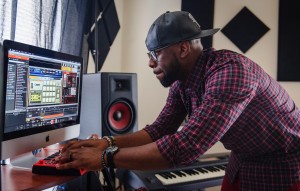 To be the live announcer for the Grammys the night I win one.

Is there anyone in particular (at SAV or otherwise) that has been a mentor/role model in the industry?

Rosemary Chase will always be someone I look up to in this industry. She humbled me. That’s a hard thing to do! She’s also an amazing actress, so I watch, listen, and learn. Richard Hall is a Huntsville, Alabama-based actor who’s factored heavily in my success. I think we all have the idea (initially anyway) that if we audition for 10 jobs we should get at least half of them. Richard (along with my manager and good friend Rikari Hall…no relation) pretty much talked me off the ledge in the beginning when I wasn’t meeting this ridiculous standard. They both reminded me that consistency is all that I can control, which has helped me focus on the process of getting better.

Fellow SAV alum Alicia Williams has also been instrumental relative to helping me understand and appreciate the marathon aspect of this journey. I’d be remiss if I didn’t mention how important Christine Lowe and John Fehrenbach have been. We were all in the SAV program at the same time, and we still talk and encourage each other on a regular basis.

What advice would you have for folks currently going through their VO training?

You’re going to get discouraged. You’re going to wonder if you’re good enough. You’re going to question why others at your level are more “successful” than you. But what you should never do is quit. If this is really what you want to do, you’re literally going to have to speak it into existence – every day.

Aside from VO, what are your hobbies or passions in life?

My daughters are my everything. They’re why I do this. I’m honored to be at a point in my life where they can see me chasing my passion and changing the trajectory of my life. Making music is a huge pastime that’s starting to gain traction in several areas. Other than that, I enjoy going to gas stations to find obscure candy I used to like when I was a kid.

Any other thoughts you have about voice-over in general?

Every experience is an education. Success is what YOU make it.  And there’s a place for everyone.  We just have to be willing to find it.

I’m releasing my first EP on April 24th. It’s titled HERO and will be available to download or stream on all digital platforms. You can also visit my website areyouspokenfor.com, Instagram (@aroundmidnite), Facebook (J Michael Durm) and LinkedIn to find out more about me.